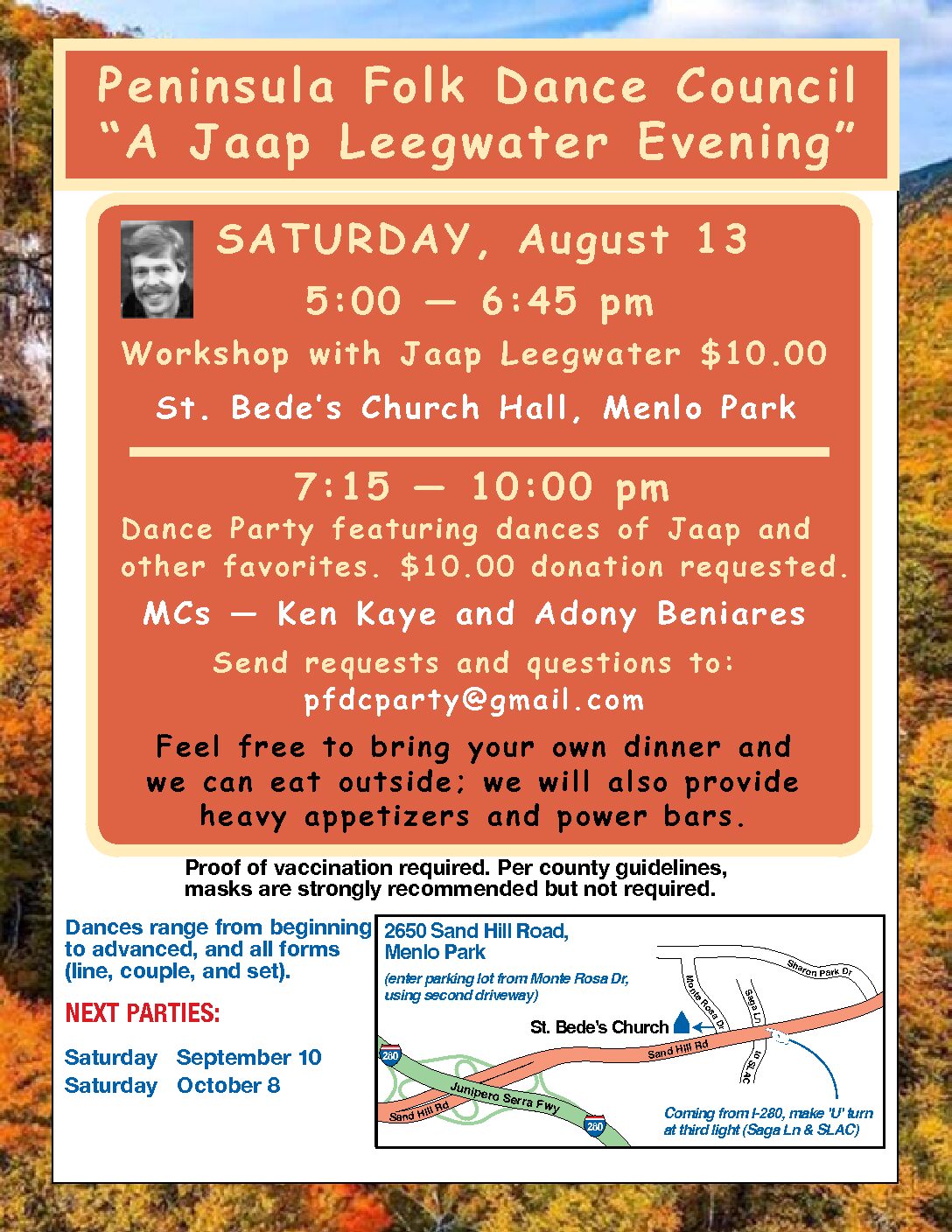 Come join us for a Bulgarian dance workshop with Jaap Leegwater! Jaap has brought us many of our favorite dances, including Karamfil, Mari Mariko, Rusi Kosi, and many more. An international folk dance party will follow after a short dinner break.

As a reminder, vaccinated dancers only. If you’ve been to our parties in the past, we’ve marked you as vaccinated. If this is your first party, please bring proof of vaccination. N95 or KN95 masks highly recommended.

Jaap Leegwater started his dance career in his native country, The Netherlands, where he earned degrees in both education and international folk dance. Fascinated with the irregular Balkan rhyhms and drawn to the expressiveness of its movements, Jaap specialized in Bulgarian dance and choreography. In 1969, he was one of the first non-Bulgarians invited to study at the State Choreographer’s Schools in Sofia and Plovdiv, Bulgaria. Mr. Leegwater was first introduced to the American folkdance scene by the late Ciga Despotovic in 1980. He gratefully recognizes the support and inspiration received from Marianne and Michael Herman, Dennis Boxell and Yves Moreau in establishing himself in Northern America professionally.

Dances range from beginning to advanced, and all forms (line, couple, and set). If you’d like to bring a snack to share, please make sure they are prepared for individual servings.

Federation members can add or update their upcoming dance events to the calendar by sending event details to events@folkdance.com

Holding hands in folk dance across San Francisco since 1938. Join us! Beginners welcome.